The only name I could come up with for this pie, is Hodge Podge Pie. That’s right it’s all jumbled up with yummy warm good feeling ingredients that I had on hand. 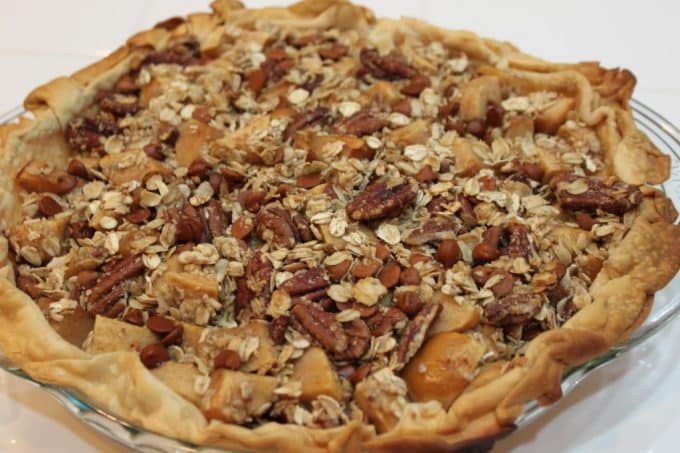 It all started on New Years Day morning, I saw that there were about eight small apples that hadn’t gotten eaten {they didn’t have a chance with all the sweet treats sitting right in front of them} I began to peal them and cut them into pieces and remembered I still had a pie crust in the refrigerator. I pulled it out and began mixing up some ingredients, a cup of oatmeal, a cup of cinnamon chips, three tablespoons flour, and two tablespoons butter melted with two tablespoons sugar added. Then tossed together with a cup of pecans.

See what ever I saw I pretty much threw in. I figured it would work out better than tossing the apples. Once the pie crust came to room temperature I put it in the pie shell and in went my mixture.
Now comes the catch.

My son walks in the house and I took one look at his face and realized he was breaking out with…. POISON OAK! Really he was out playing and when he came in it only took me half a second to recognize that leathery red rash. UGH! I shut off the oven, wrapped the pie with plastic wrap and minutes later we were at the urgent care. The rash began around on of his eyes and down his face, spots were breaking out on his neck and back very quickly. Since I frequent my local urgent care so regularly {not by choice of course} they told me to go ahead home and they would call me when they were ready for us. I think she took one look at me and knew she’d seen me in there at least a few times in the last month, I’m sure I looked a wreck! But sure enough she knew me. The waiting room was already over full and it was New Years Eve…she said they were closing in a few hours. I went home and cleaned up the dishes, and packed as we were planning to spend the night at my parents. I returned back at the urgent care almost two hours later and she was just about to call us. I didn’t want them to close and us have to go to the Hospital. Glad to say it’s been three weeks and the poison oak is finally clearing up and only a few red reminders now. My son is hyper-sensitive to poison oak and has had it before, but nothing like this. To tell the truth no one I have spoken to or who has seen it has seen such an awful case of it. Two breakout on his face, as well as covering at least sixty percent of his body. {Thanks for all you well wishes for him, I think they worked!}

Now back to my pie…

So in the freezer the pie has been waiting to be baked all this time. I kept seeing the folder of photos I took of the making of the pie and knew it would get baked at some point.

Since today is National Pie Day, I thought it only fitting to bake it.
350 degrees for one hour. I took it straight from the freezer and put it in the oven.
Out came this delicious smelling Cinnamon Apple Hodge Podge Pie!

It turned out well, the cinnamon chips were delicious with the apples. If you have used cinnamon chips be sure to share with me what you made, I still have half a bag left.

I had some chocolate chip ice cream to top it off with and the warm pie may not have cut into pretty pieces, but it sure did taste good. I was similar to an apple crisp.
Delicious!
Happy Pie Day! 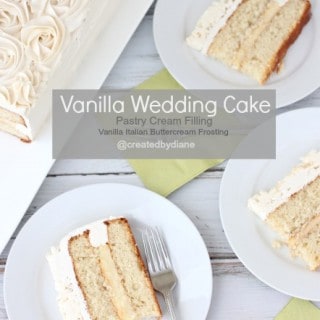 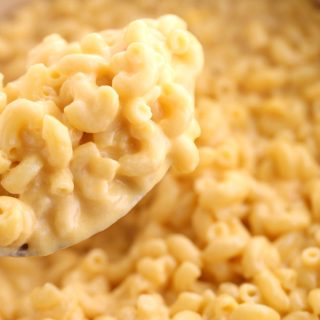 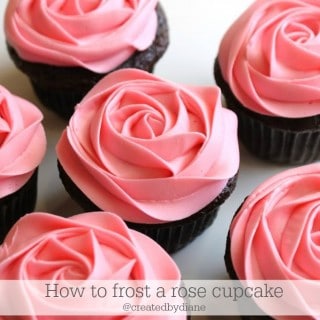 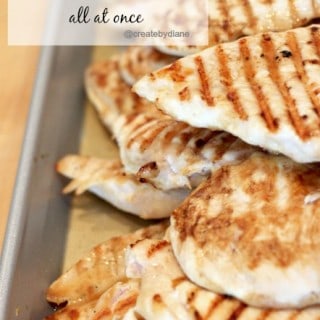