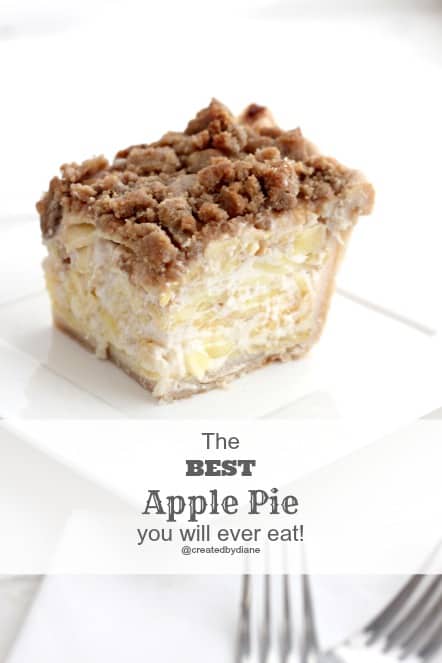 but it really is.

I’ve been baking this pie for years.

But  there were some years I didn’t have it and I would just dream about it.

You see when I met my Mr. we would go to this really great restaurant that was located in an old Victorian house. Each room was decorated differently, one was a garden, one room was all decked out peach and looked very glamorous with a huge chandelier, another room looked like a library. It was my favorite place to go. The food was so delicious, each meal I had there was better than the last and then the dessert.

I recall asking what they had for dessert.

They said they had this delicious apple pie, that it wasn’t your typical apple pie and that I just had to try it.

Well I am so glad I took their suggestion.

It really was the most delicious apple pie I had ever had.

The piece they served was so thick, I just LOVED that about it. 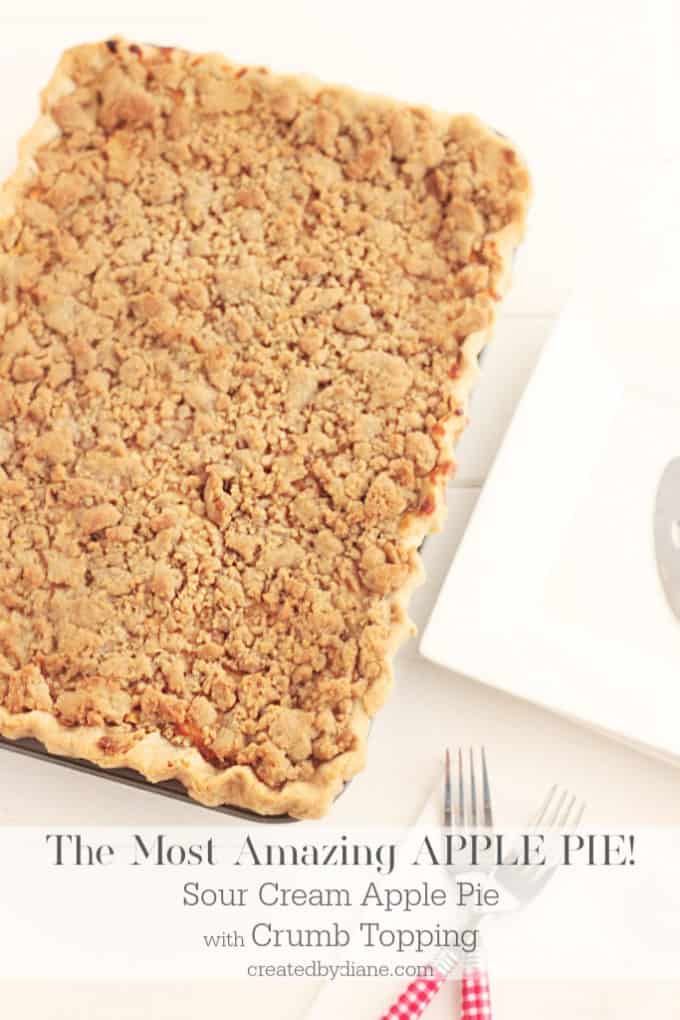 I made this pie many times when my kids were young they would ask for me to make “that pie” you know that pie we love. At the time I would say, oh that “special” apple pie, is that the one you mean? They’d ask if it had a filling, I’d say the apple pie that is stuffed with all that creamy filling. They would scream YES! That one, that is the pie we want you to make. So everyone in a while, I’d make it. It was delicious, but there was never enough pie in my opinion and it just wasn’t PERFECT. It was really good, and it brought back such special memories.

I adjusted a few things and used a different pie crust, everyone agrees this is it!

Not only is it so delicious, but it really is exactly the same as the pie in that restaurant some 20 years ago. I also think it’s great that I’m not the only one with such a vivid memory of the pie. That is another reason that it is perfect. 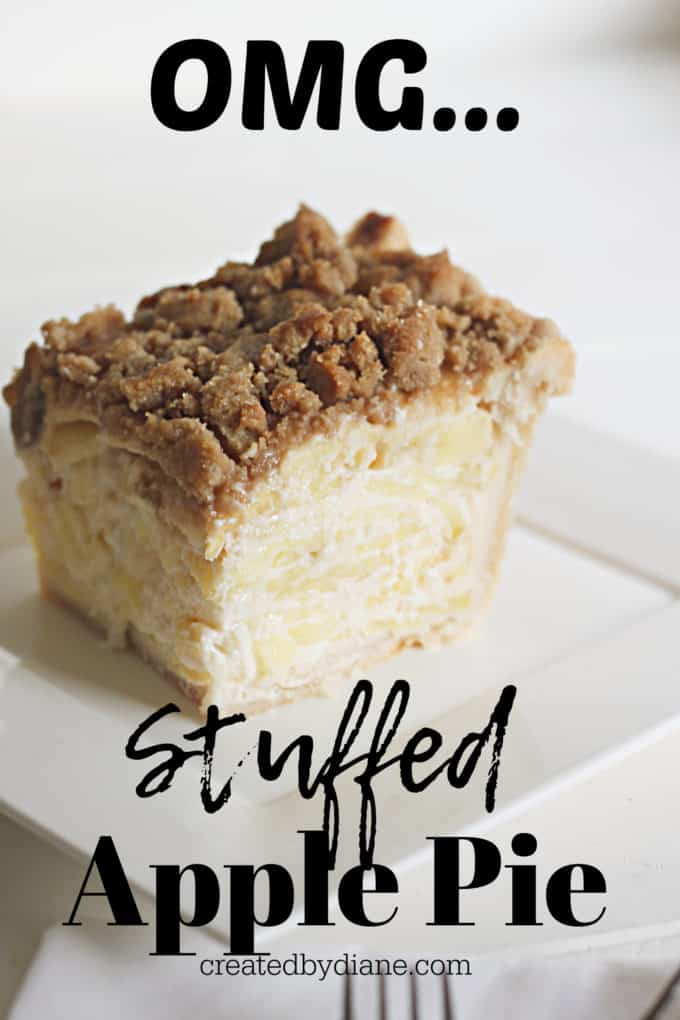 Baking the pie in a rectangle dish seems to have made all the difference,  it’s now super thick and over-stuffed with apples and creamy filling and topped with a great crumb topping and a pie crust that can stand up to such a dense dessert without being too much.

Since this pie is big, that means there is plenty to have the next day….

Who says pie isn’t for breakfast.?

I recall ordering a slice of pie to go from that restaurant just so I could have some the next morning. I not only fell in love with this pie, but I just happen to fall in love with someone at the same time.

It’s no wonder this pie holds such great memories. This is a very special pie. 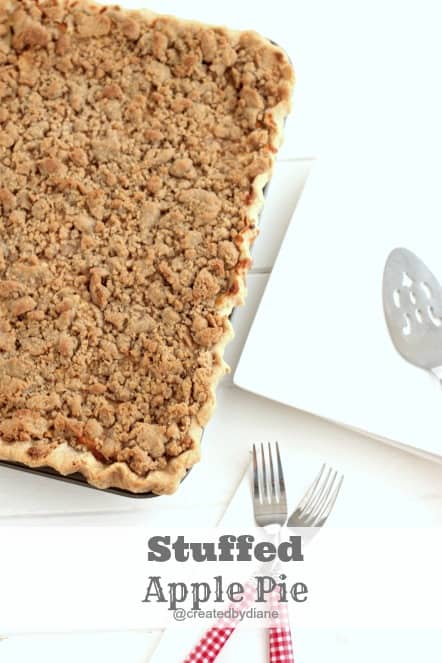 For years I referred to it as “special apple pie” my kids couldn’t remember the name, so then I would say you know the stuffed apple pie and well that name seemed to stick and although to me this is the most special apple pie for many reasons, it certainly is stuffed. Stuffed to the HILL. It’s stuffed with apples, it’s stuffed with a creamy filling…yea, Stuffed Apple Pie it is! 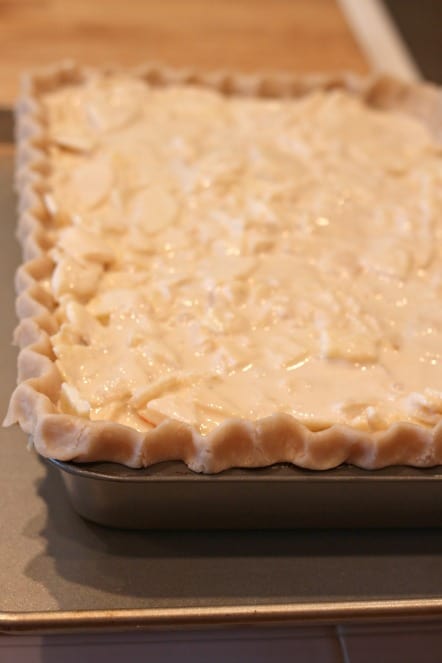 Each part of this recipe is printable below.
The Crust, The filling and The Crumb Topping. 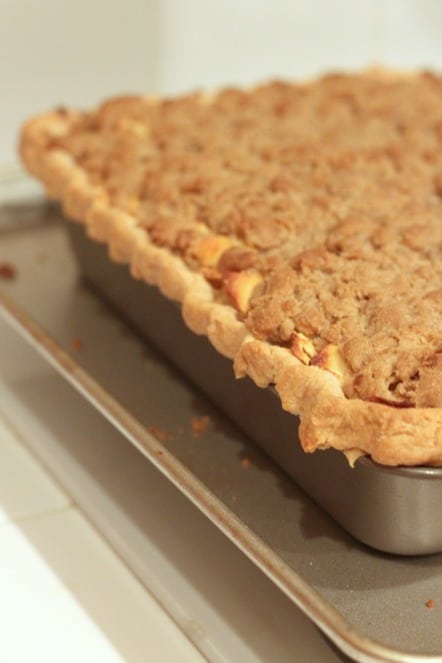 It’s all set to go into the oven, I placed a tray on the bottom in case there were any spill-overs. Luckily there weren’t.

This crumb topping will be great on so many desserts! 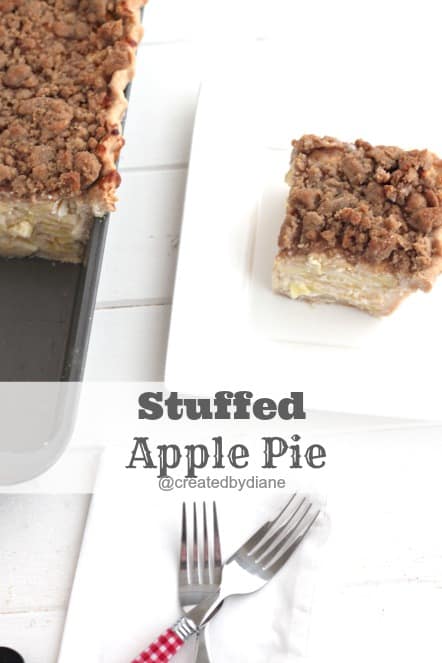 Be ready for the WOW’s this pie will get!

This apple pie is like lasagna, it’s best to prepare it ahead of time. Slicing a fresh-baked apple pie does not give it time to set up and slice nicely. I like to refrigerate this pie overnight. Plan ahead and make this pie the day before.

This is a very big apple pie, you can reduce the recipe in half if you want to make a smaller pie like a heaping 10″ pie.

HERE is my pie crust recipe, alternatively you can use purchased pie crust, you’ll need 2 to fit a pan this size, you can roll purchased crust together and re-roll it into a rectangle or layer them in the pan and cut it to fit the pan. 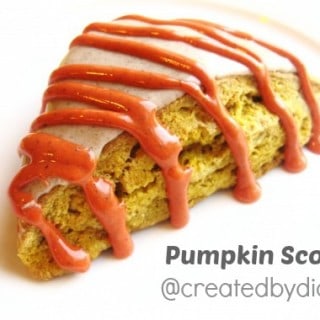 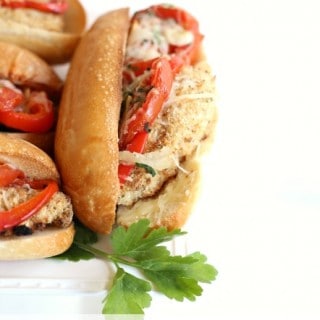 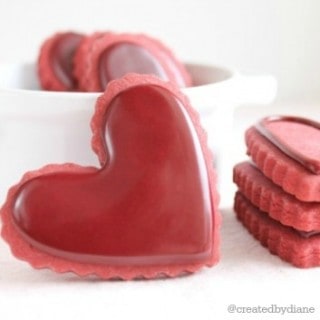